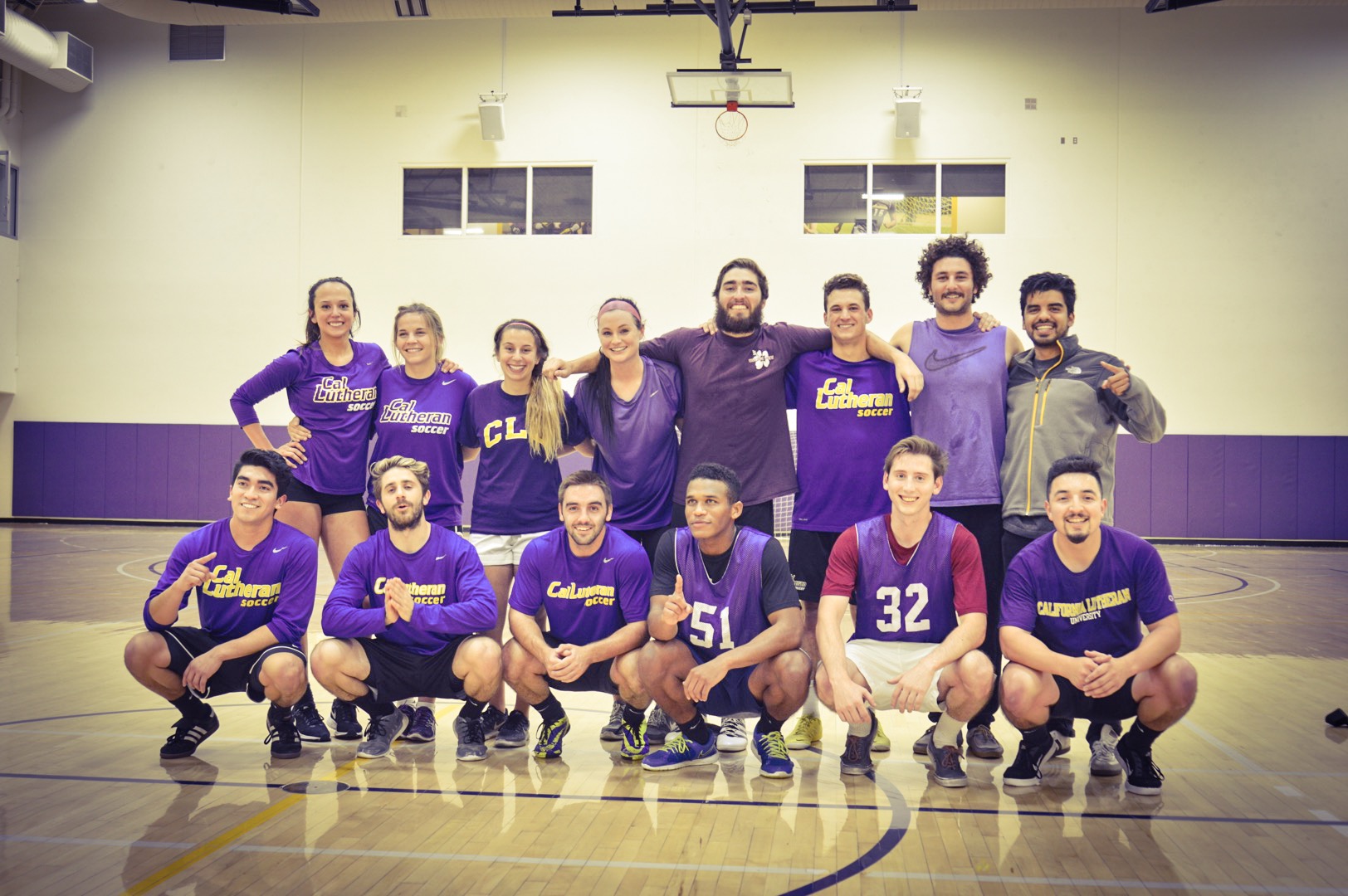 6-on-6 Indoor Soccer will be played Tuesday Nights at 7pm in Soiland Gym. Co-ed teams must have at least 2 of each gender on the field. Each game consists of 20-minute halves with running clocks.

All participants must be aware and understand the General Intramural Sports Rules and abide by the Intramural Sports Code of Conduct.  Captains have the responsibility of making sure that all of the members of their team understand the General Rules, the sport specific rules, and the Code of Conduct.  We encourage teams to have a team meeting before play starts.

Teams must report to the IM Sports desk 10 minutes before the start of their game in order to check-in, check id’s, and give their team roster.  The captains of each team will participate in rock-paper-scissors.

FOR CLARIFICATION ON ANY RULE, PLEASE ASK YOUR TEAM CAPTAIN TO ASK A REF